Dan Fedor is the creator of the indie sci-fi roguelite NEO Scavenger (find our review here [ITA]) and with his Blue Bottle Games he is currently working on a new project: Ostranauts. We managed to have a little chat with him about this upcoming game!

I want people to not only play my games, but use them as storytelling tools for their own adventures.

Marco M. for TCG: Hi Dan, and thank you for having found some time for us! The title of this interview is, of course, ironical: NEO Scavenger was a very hard game, but you got the skills to make it as hard as fun. Anyway, it was clearly not a game for everyone. Is Ostranauts going to have the same hardcore approach or your plans are to make it more friendly?

Daniel C. Fedor: I think Ostranauts will have the same attention to detail, and consequences for choices. Both of those qualities are important to me, and I like games that have them. So I want players to feel like the choices they make have weight, but also that the weight is logical. As for permadeath, I’m still feeling that system out. It’ll depend on how playtesting goes.

TCG: When did you start to work at Ostranauts?

DF: The first prototypes for Ostranauts were started in 2015. Almost exactly 5 years ago! Though I’ve toyed with ideas for a game like this for much longer.

TCG: How do you define Ostranauts as videogame genre?

DF: I’ve been calling it a “spaceship life simulator.” It’s about role-playing a captain of a spaceship, managing the ship, and it’s (optional) crew.

TCG: Is there gonna be a training tutorial this time, or you still believe in difficult awakenings? I personally loved the way how you felt totally lost at the beginning of NEO Scavenger, but maybe this new game will involve the fact that our character (and the player) will need to have some starting knowledges at the beginning of the story?

DF: It’s still a fairly hands-off approach. But I’ve added a few guideposts to help players figure out how to complete character creation and get them pointed in the right direction after. You’re still given plenty of rope with which to hang yourself, though 🙂

Ostranauts takes everything I had in NEO Scavenger (mostly physical and knowledge traits), and adds emotional stats, plus a healthy amount of back-story.

TCG: The choice of the logo and the preview trailer show a clear link between NEO Scavenger and Ostranauts. Is this just a Blue Bottle Games signature or the two stories are going to be linked as well?

DF: Definitely linked stories. They take place in the same universe, and are contemporaneous. If you dig deep into the lore in NEO Scavenger, you’ll find occasional references to mining strikes in the Jovian System, and other references to a space economy. Earth has been cut off from space, however, and the two stories are unlikely to meet directly. This is more like a “meanwhile, in space” type story.

TCG: The independent videogames scene is huge nowadays, but how did it all start in your case? Can you tell us more about the main differences in the conception and in the development of NEO Scavenger and Ostranauts?

DF: It’s a long story! And if you want all the juicy details, I created a blog to record the journey and decisions during the first year or so. You can find that here. The brief overview is that I worked for 7ish years at BioWare, and eventually grew tired of just making tools for games. I wanted to make the game itself. So I saved up a bunch of money, did a bunch of research, and quit to give it a shot. NEO Scavenger was basically just me working out of my bedroom for the first year or so. As the game picked-up momentum, more people offered to help. And thankfully they did! I think the game is much better as a result of my collaboration with those in the game credits. Ostranauts was similarly just me at the start. But once it became public, I quickly started seeking out collaborators. This time around, I’ve had at least one collaborator as a contractor at almost any given time. Plus, with Modern Wolf as a publisher, I have a team dedicated to marketing, PR, testing, and business guidance. And that’s been a big help in freeing me up for development.

TCG: The psychological aspect of the characters has always been important in your games. In Neo Scavenger, for example, we don’t find the usual “classes division” of an RPG videogame, and we are asked to “pick and mix” some personality traits that will define our hero, in a sandbox way. How far will Ostranauts push the social dynamics we already know? And how hard is to balance the variables?

DF: Ostranauts takes everything I had in NEO Scavenger (mostly physical and knowledge traits), and adds emotional stats, plus a healthy amount of back-story. In the same way you managed hunger or warmth in NS, Ostranauts players will be managing esteem and security. I’d like for it to be as enjoyable and engaging as NS was, just broader. But only time will tell if I succeed!

TCG: One thing I liked of NEO Scavenger, was how the game evolved. My impression has been that you designed it in a way that, once our character reaches Detroit Megacity, the game knows the player already learnt the mechanics about surviving, and he is now ready for something new. Will Ostranauts also have a similar evolution?

DF: I think you give me more credit than I deserve. I mainly developed NS in an organic way, adding things I wanted to do as I realized I wanted them. Though, I guess that’s not a bad approach, since it probably reflects the path players want to take, too. In Ostranauts, I think it’ll go the same way. I’ve setup a lot of the basic systems first, so we can walk around, setup ship layouts, and make parts work together. I added NS-like personal needs to give us short term goals to work towards. And I added tools to address those needs. Items, actions you can use, a few derelicts to explore, and a nearby station to resupply at. I think this process will continue throughout development. But once a solid foundation of this is in place, there are some higher-order goals I’d like to start exploring. Things like having friends in trouble, enemies harassing you, other stations to explore, and lore to uncover.

TCG: NEO Scavenger was not only a game with a cyberpunk atmosphere but also a veritable punk product if we think how you encouraged the creation of a community, and the “hacking” of the game itself with the creation of MODS. Will Ostranauts also have this approach?

DF: Ostranauts is very much in line with NS in this regard. As mentioned earlier, it shares the same universe. And if anything, The System is even more of a capitalistic dystopia than Detroit Mega City in NS.
And modding support is still a major goal in the game. All of the data is in text json files, so anyone can edit them. And all of the sprites are PNG images for the same reason. There may be things I’m unable to expose to modding, for one reason or another. But I want people to not only play my games, but use them as storytelling tools for their own adventures.

TCG: Neo Scavenger was clearly not a mobile game at his beginning but you somehow managed to have it on smartphones… Was it hard? Was it worth it in its case? Is Ostranauts already conceived to be ported on other platforms? It looks like something I would love to play on Switch.

DF: It was hard. The games I make are very at-home on desktops, with a big screen and mouse and keyboard as inputs. So adapting it to a touchscreen was a challenge all it’s own. But then the mobile OSes were even harder. I needed outside help with those. I’ve never been more frustrated with development than trying to navigate those platforms. I’ll probably avoid them in the future as a result. I’m not sure about the Switch. I’ve only recently started thinking of checking one out, but alas, they’re sold out!

TCG: Name three things that shaped your style and background. You can pick everything!

DF: Oof! There are too many to reduce to three, but I’ll try. Rifts (RPG), Aliens (film), and Aphex Twin Selected Ambient Works Vol. 2 (album).

TCG: Which games are you playing at the moment? And what are you looking forward to play with?

DF: A lot of Risk of Rain with my family. Planetside 2 when I just want to bomb around without thinking. And honestly, I’m deep into a rut where I can’t figure out what game I want to obsess about next. Which is odd, given how many cool-looking games there are out there! I have been meaning to pick up Industries of Titan, though. The style alone looks so juicy. And the team that made it are really nice folks! 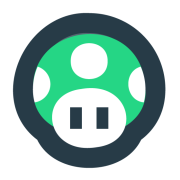 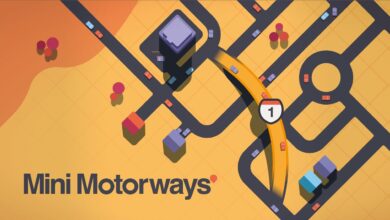 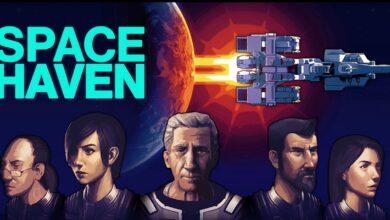 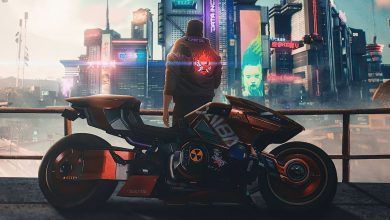 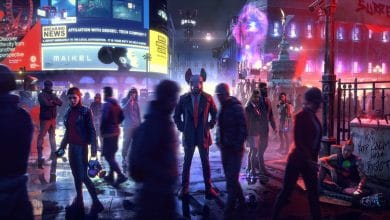